This year at PAX Prime, I had hoped to play some finished Fallout 4 (Bethesda) or see some kind of Battlefront (EA) demo, but it seems that wasn’t in the stars. We only got to see an on-screen gameplay cinematics, along with an interesting Doom video montage. Unfortunately, EA isn’t even close to ready for BattleFront demos. No doubt they are focusing on the game, given their steady decline and dismal customer approval ratings in the last year. If I were LucasArts, the last thing I would want is EA to drag my iconic brand through the proverbial mud.

Instead, I found two cutting edge developing virtual reality gaming technologies to add to the want lists: Oculus Rift and HTC Vive. After spending multiple sessions with both, I got a good idea where VR tech is headed and what gaming genres will rock! 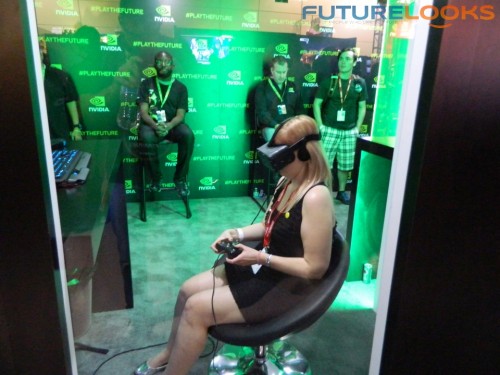 The Oculus Rift was still in its infancy last year, yet it still managed to create 2-3 hour wait times to play. This year, there were multiple developer booths featuring variations, including NVIDIA with similar lines. NVIDIA’s demonstrations included two future title games: AirMech, where you get a jet plane/robot vehicle to battle against an invading force; and EVE Valkyrie, for a little interstellar dog fighting.

As you sat in the chair using a standard console game pad, the game arena was literally 360 degrees around you. (Make sure you use a small swivel chair or stool in the future.) For AirMech, you had to be aware of everything going on around you to secure your bases. Valkyrie featured fast-paced teams of orbital dog fighting. 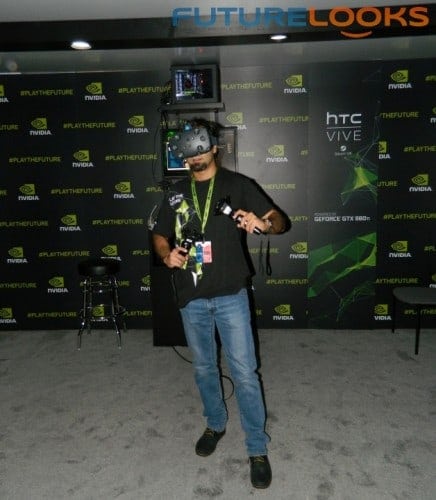 To be honest, I was unfamiliar with the HTC Vive until PAX. The technology utilizes a small open room, two hand (wand) controllers, and two wall mounted calibrated laser sensors to experience its full immersive 3D effects. The demo included standing on a shipwreck underwater, watching marine life swim by, creating virtual aerial art, blowing up balloons, fixing a robot, practicing bow and arrow, and interacting with a laboratory room filled with equipment.

Naturally, the HTC Vive opens up huge gaming potential. Not only can we tour epic futuristic worlds, fans of games filled with knights, dragons, and demons may soon be engaged in an epic battle for glory. Imagine games like Doom, Call of Duty, or (hopefully a better) Battlefield that require more virtual interaction. 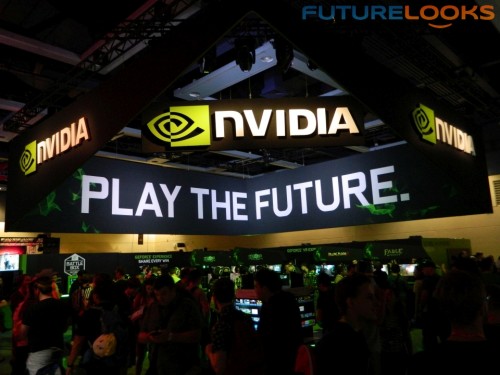 So what’s the big deal with virtual reality gaming? VR redefines the 3D gaming experience! Many a gamer will have to relearn the concept of 3D gaming given the 360 interaction. There’s so many fun things going on around you that you’re really going to need to focus in game, especially in hard mode. Ironically, I finally see the benefit of using a game pad controller rather than mouse and keyboard. You need to be free of a desk to get your game on. Still, VR is so much more than just gaming.

There are many potential productive uses for VR technology, such as virtual training or project meetings. It could conceivably help education by offering access to high quality technology content that was once simply out of reach due to high costs. Students could get virtual-hands-on experience that mimics the real world. What student wouldn’t want to attend class in a virtual world that keeps changing?

If you have the opportunity to sample the Oculus Rift or HTC Vive, do it. Open your 3D mind!