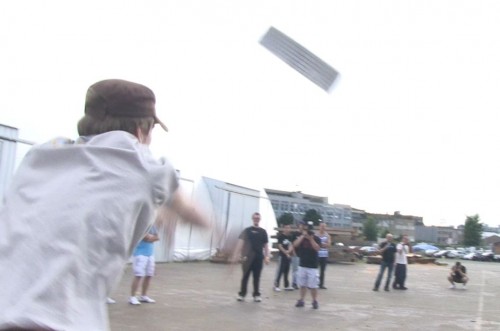 Way way back at PAX Prime 2013, the guys at SteelSeries had issued a challenge to me. We were at the SteelSeries booth talking with their PR folks and getting shown some of their new products. The topic of keyboards came up, and I had said something about having not used a mechanical keyboard since the days of my 486.

Well, our PR tour guide was rather surprised at this. He immediately handed me a SteelSeries 6GV2 Pro Gaming Keyboard, and said that I should give a try. His assertion was that it would be better than all the high-end keyboards I’ve used in the past, and mechanical keyboards are more than just marketing hoodoo. After a delicious lunch, I became a keyboard convert.

Insane in the Membrane 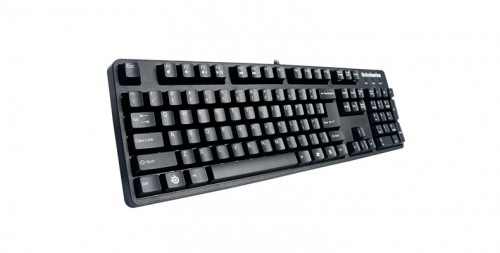 I’ve been using modern membrane keyboards for almost the entirety of my gaming life, with everything from the cheap $10 board you get from your mom and pop shop right up to the top end boards from companies like Saitek and Logitech appearing on my desk. While I saw a marked improvement moving to the aforementioned high end boards, I never saw any problems with the underlying technology, having used membrane keyboards to game competitively when I was younger and actually had time to do so. Adding to that is my skepticism of products that have been marketed for “gamers,” with many products aimed at this market making some dubious claims of both biological and technological improvements in performance.

This was the mindset I had when Steelseries issued their challenge; mechanical gaming keyboards were mostly marketing with a little placebo effect thrown in. I hadn’t even tried to use one for gaming up until this point, since I wasn’t reviewing hardware when the mechanical keyboard started bursting into the gamer market. That was all about to change.

Setting the Stage for Change 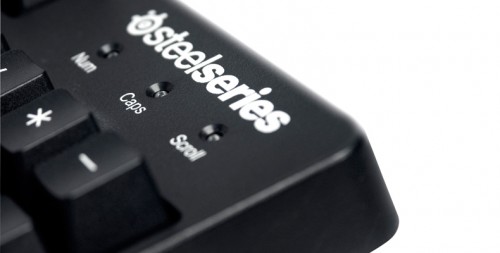 Before I get to my experience with the change over, I should talk about the keyboard itself and what it’ll be up against.

The SteelSeries 6Gv2 Pro gaming keyboard is a fairly basic looking all black mechanical keyboard. It doesn’t have any fancy lighting, added external screens, attachable macro key fields, or any of that tom-foolery. Nope, what you get a straight forward 104-key Windows keyboard. Let me tell you though, this straight forward 104-key W+indows keyboard is built like a tank. Your average membrane keyboard is a flat plastic sheet supported by some legs that more often than not break off, with a weight measured in grams.

The 6Gv2 I’ll be using is a wedge of plastic AND metal supported by itself and weighing in at 1.2 kg, putting it in the same weight class as an entire tablet. As for marketing, the SteelSeries 6Gv2 home page is relatively devoid of all those silly marketing claims I despise. Rather they talk about the extreme durability, the anti ghosting technology, and other tangible numbers that can help you decide if this is the keyboard for you. So far, I like what I’m seeing.

The SteelSeries 6Gv2 won’t be getting off easy when it comes to the membrane keyboards it’ll be facing off against. I don’t upgrade my keyboard that often, but when I do, I tend to look towards whatever is the best on the market at the time. You’ll notice two Logitech entries on here. The reason for this is my like of Logitech peripherals and the fact that many of them are still working to this day.

So, without further delay, I will be putting the SteelSeries 6Gv2 up against the original Logitech G15, a Saitek Eclipse v2, and a Logitech G19 I acquired at a previous PAX. For testing,I will be mostly focusing on 3D shooters, with much of that focus on the much faster paced 3D titles of yesteryear. I ran games of Planetside 2, Tribes Ascend, Team Fortress 2, Saints Row The Third, and QuakeLive (an online F2P version of Quake 3: Arena), with each keyboard being used with each game for 60 minutes apiece. Yes, testing for this article consisted of playing my favourite games for a several hours. Heavy is the burden of being me…

Into the Battle Arena

I started with QuakeLive. While Tribes Ascend claims to be the fastest 3D shooter in existence, I remember playing Tribes and its sequel (too bad there was only one sequel) and always found that they didn’t quite hold a candle to the truly brutal and kinetic gameplay of Quake 3 and UT at the time.

I immediately noticed the difference in responsiveness from the membrane keyboard to the mechanical. Membrane keyboard technology is similar to a digital switch, with a binary on and off state. To turn the switch on, you have to press the key all the way down. There is no middle ground. Mechanical keyboards on the other hand are like the clutch in an automotive transmission. There’s a bite point where the key is detected as being pressed, and you don’t have to depress the key any further. This means I didn’t have to pound on the keyboard to make my character move.

With the mechanical keyboard, I did find I could move my fingers faster and manage to maneuver my character out of some bad situations just a little quicker. The same held true with the other games on my list. I didn’t have to work my fingers as hard for movement in the game. This had the added effect of making my marathon gaming session a lot less fatiguing. Not that an activity where you sit on your butt and pound keys is anything close to tiring, but rather that I noticed my fingers were a little less wearisome from not having to pound said keys. 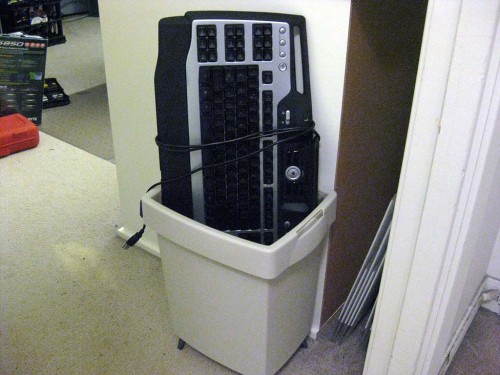 So, in the end, I would say SteelSeries won their challenge. I agree that mechanical keyboards are indeed more than marketing hoodoo, and can offer a benefit to the gamer at large. They are more responsive, less tiring, and overall a pleasure to use.

It goes beyond that though, as I now understand what all my programming friends have been raving about. For someone who uses a computer frequently and for heavy tasks like gaming, programming, or <ahem> article writing, a mechanical keyboard just can’t be beat. The only thing left to tackle is how much noise the keys make, and how much this affects the WAF of the product.

Are you currently using a mechanical keyboard? Share your stories of your switch below!