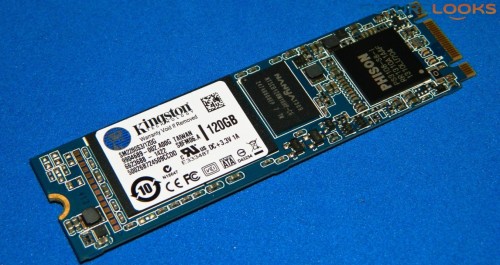 The new Intel M.2 interface is the newest storage interface featured on motherboards that is directly connected to the PCI Express bus, supports higher capacity SSDs, and has potential for better bandwidth over the older generation mSATA. The M.2 interface supports M.2 PCIe SSDs and M.2 SATA SSDs. However, some motherboards only support one while other boards support both. That has lead to a bit of consumer confusion.

Recently, we reviewed the Plextor PX-G256M6e SSD that showed us what an M.2 PCIe device can do. Today, we’re taking a look at device that uses that M.2 slot, the Kingston M.2 2280 120GB SSD, but it’s an M.2 SATA device. It has the same great compatibility, and the ability to be used as a primary boot device, but how far off is the performance over an M.2 PCIe device? For that test, you need the right motherboard with the right M.2 interface or else you may be dead in the water. Lets have a look at the performance results and make sure you select the right M.2 device. 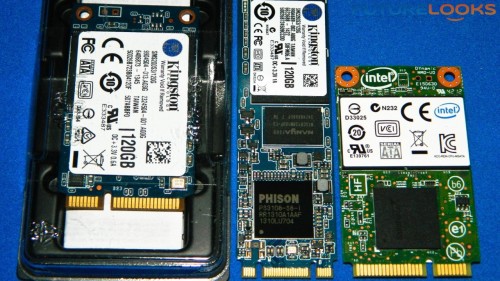 M.2 and mSATA use completely different interfaces which are not compatible. You can spot M.2 because its basically the size of a “stick of gum”, and has a smaller interface (port) versus mSATA. The length depends on the capacity starting with 30, 42, 60, 80 and up to 110 mm long which will undoubtedly offer a higher storage capacity. The confusing part is that M.2 devices come as an M.2 PCIe (which is fastest up to 1800 MB/s) or M.2 SATA (which is limited to a theoretical 6 Gb/s max bandwidth) yet they rely on the same physical interface.

Since the M.2 interface supports higher SSD capacities than mSATA, future mobile devices like laptops should be able to stay quite thin regardless of the amount of storage. The interface makes it possible for laptop manufacturers to integrate single or multiple M.2 ports without compromising their sleek, sexy designs. Naturally, pricing is different between M.2 PCIe or M.2 SATA. The M.2 PCIe devices cost more than M.2 SATA which is why the Kingston SM2280S3/120G SATA SSD has been used in many different laptops. However, which device they support depends on motherboard compatibility.

Currently, Z97 and X99 motherboards have the M.2 interface. Most have a single port and while others have dual M.2 ports. To complicate things further, some X99 boards only support M.2 PCIe and others support both M.2 PCIe and M.2 SATA. For example, the ASUS X99 Deluxe we reviewed has a single M.2 PCIe port supporting only devices like the PCIe based Plextor GM-256M6e. The GIGABYTE GA-X99-UD4 has dual M.2 ports supporting both the Plextor PCIe based SSD and the Kingston SM2280S3/120G SATA based SSD. Additionally, the SM2280S3/120 unit worked perfectly on all the Z97 boards in the lab.

While manufacturers like Kingston and Plextor are correctly marketing their M.2 devices, retailers are sometimes not representing the M.2 devices with the incorrect interface compatibility. Make sure to cross reference the manufacturer’s product SKU/model number and your motherboard’s specifications.

First, the most important spec of the Kingston SM2280S3/120 is that this is an M.2 SATA (not M.2 PCIe) device. The 2280 in the model number represents one of the five physical length sizes going to be available (30, 42, 60, 80 and 110 mm). At launch, a Phison controller has being implemented. Some NANYA DDR3 memory is added for cache support to keep data moving quickly. If Phison or any other third party controllers can continue being competitive offering performance and help cut pricing, that’s great. If we can get low cost and larger capacity M.2 SSDs, we’ll take it! 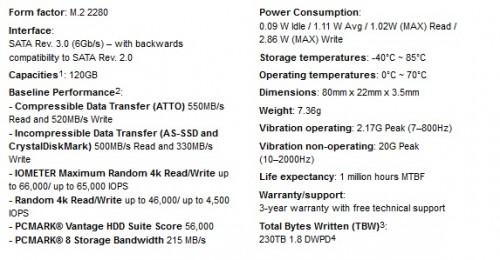 The NAND is of Kingston flavor with modules on top and bottom. What’s missing from the specs is that a 240GB and 480GB models are coming down the pipe. Also, it’s entirely possible to double stack an M.2 and put even more NAND on it which conceivably would be useful especially on media based, compact ITX motherboards, and of course laptops. Finally, the M.2 2280 has both garbage collection TRIM support important to keeping it nimble and wear leveling protection to increase the life span.

Below is the test system assembled for the Kingston SM2280S3/120G M.2 SATA SSD for benchmarking purposes.

With a fresh clean install of Windows 7 Pro, the latest patches and the most up to date BIOS/drivers. 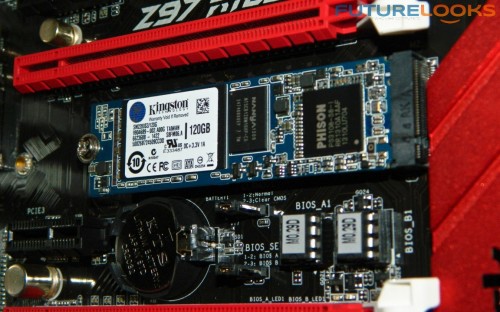 I installed the Kingston SM2280S3/120G M.2 SATA unit on all of the Z97 boards used in our Futurelooks Z97 Motherboard Roundup to double check speeds since we have some new BIOS and drivers updates. Installing any M.2 device is as simple as sliding in the device and securing it with a single screw in to the standoff that should be on your motherboard, or in the accessories. You can see the five brass mounts above that correspond with Kingston’s five new sizes (32, 42, 60, 80, and 110mm). The standoff above is in the 80mm hole.

The M.2 has a very low profile just like mSATA. But it is longer and thinner providing more PCB real estate or increased capacity. Ironically, even though the placement of most M.2 slots aren’t ideal on most the Z97 boards (right next to the PCIE graphics slots), it does add a discreet aspect in that no one can easily remove the M.2, specifically when a graphics card is installed. This makes it an interesting option for situations where you want a bit more security for your system drive, or you simply want to build a smaller system for portability, like a LAN party, for instance.