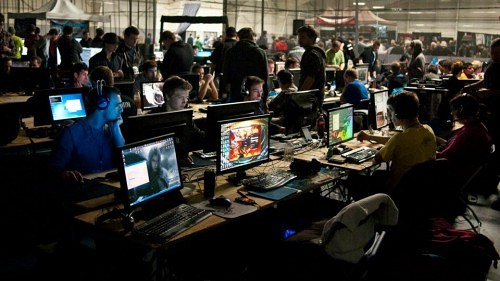 So what the heck is a GOTTACON? Well, according to their website, it offers “tournaments in miniatures, collectible trading cards, role playing games, board games, and video games as well demonstrations, contests, discussion panels, a variety of exhibitors” and more. The event itself takes place in Victoria, BC Canada this weekend (February 1 – 3, 2013) which is an hour and a half Ferry Ride from downtown Vancouver on Vancouver Island. Housed in Pearkes Recreation Centre, it’s also home to one of the largest LAN party type events on the Island.

Futurelooks dropped by the event back in 2012, and was impressed by the level of organization and the variety of things that gamers of all types could partake in. But we were most interested in what the event was doing for PC gaming. Especially since it’s not cheap to get off the “rock” to go to more mainstream events like LANfest or even LANcouver. That makes what GOTTACON is doing very important to gamers on Vancouver Island.

Events and Tournaments With No Prizes Aren’t As Fun

A couple weeks ago, the event’s LAN party had a major fire to put out as one of its major LAN party sponsors pulled out all of a sudden. As soon as we heard that, we enlisted the help of our gadget geek friends at MEGATechNews, to try to figure out what we could do to help them out. 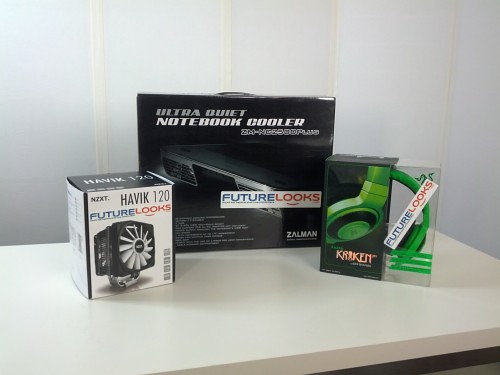 It turns out that a number of their tournaments and fun events, which are part of what makes a LAN party such a great experience, no longer had any prizing due to the last mintue sponsor departure. We dug through our battle chest and found the trio of prizes to ship over to them. The NZXT HAVIK 120 CPU cooler, the RAZER Kraken Pro Gaming Headset, and the Zalman Notebook Cooler with Hard Drive Dock should hopefully help brighten things up a little. 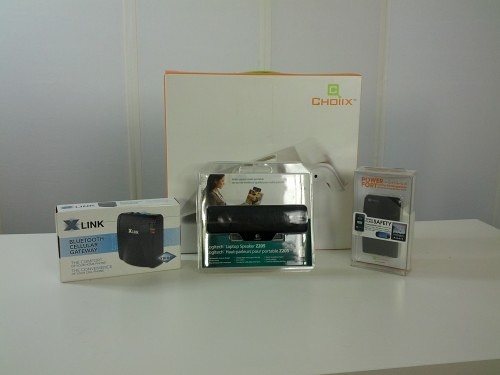 Our friends at MEGATechNews also sent along some great prizes as well which included a LOGITECH USB Notebook Speaker, a CHOIIX Power Fort Mobile Battery and Notebook Cooler, plus a Bluetooth Cellular Gateway (reviewed here).  But the most moving thing that we witnessed was the response from companies like BitFenix and GIGABYTE.

Companies That Care About Gamers

We gave BitFenix a call and the team there immediately sprung into action. And by action, they mean send over FOUR Shinobi XL cases. Long time gaming supporter, GIGABYTE, also fired over one of their Z77 series  motherboards to try to help out as well.

Kingston Technology, who was a sponsor from the start, doubled their efforts to ensure gamers were taken care of by bringing in additional help to make sure there is cool free stuff and fun prizes all weekend long. They’ll even be displaying our BitFenix Prodigy Ultimate LAN party rig featuring an NVIDIA GTX 690 and other cool components from Kingston like their SSDs and memory. All inside one of the coolest LAN party cases to hit the scene in quite some time.

Considering how little time was on the clock, these are fairly miraculous things and it goes to show that some companies really get how important it is to be there for their customers and rise to the occasion. Especially when they are most needed.

So if you’re heading there this weekend, make sure you drop by Kingston Technology’s booth to see what they have to offer, and give BitFenix and GIGABYTE a shout out on your preferred social media to thank you for stepping up. Something we rarely give to companies is praise, and these guys deserved it for doing what they did, pretty much at the very last minute. And please compete with honor for the prizes that Futurelooks and MEGATechNews were able to send over in our absence. We did send our limited edition Futurelooks stickers over so make sure you pick one up and wear it proudly, preferably on your gaming rig. And make sure the volunteers get some love as well. They make these events happen.

If you see any cool stuff or want to share your experience at GOTTACON 2013, make sure you give us a shout on Twitter and Facebook. We’d love to see the fun you’re having at GOTTACON 2013. But if you can’t make it either, they’ve got a stream happening on Twitch.TV starting as early as Friday afternoon. Our friends from eSports Collective will be entertaining you all weekend long. Watch for the Futurelooks and MEGATechNews content in the stream as they’ll be syndicating some of our videos from CES 2013 and other events we’ve ended up at.

UPDATE: Here are photos from the event on our Facebook Page and GOTTACON also made the national news on CTV (link). Looks like it went really well. Congrats!