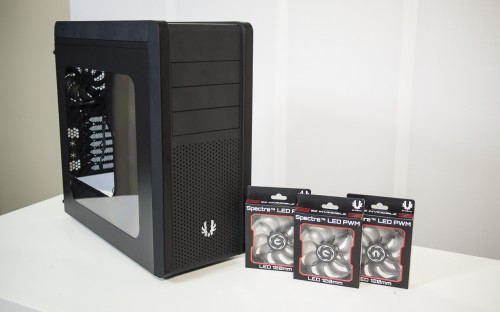 UPDATE: Thanks for all 5896 entries in our WORLDWIDE giveaway with BitFenix. We’ll be validating these entries over the next few days and hopefully announcing the winner in our Sunday newsletter. Make SURE you check those inboxes and SPAM folders. If you did NOT confirm your newsletter subscription, you won’t receive this so double check!

It’s time again to give our beloved readers a chance to win some cool stuff from one of Futurelooks’ great community supporters. That generous sponsor is BitFenix and they’ve teamed up with us to giveaway one of their new Ronin Mid-Tower cases along with LED fans in your choice of colors. But the best part of this contest is that the company is willing to ship this prize to a winner, anywhere in the world. That’s right folks! Our readers and fans from around the world get to participate in this giveaway and we’re very excited that BitFenix was generous enough to give us this chance to take care of you! 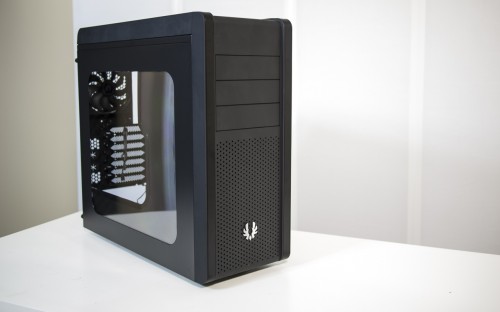 The first part of our two part prize combo is none other than the BitFenix Ronin Mid-Tower case. This case has been on the drawing board for quite some time because they really wanted something that looked upscale but didn’t have a price point that reflected that. The mid-tower design accommodates a wide range of performance hardware and includes a nice and big windowed side panel to allow you to show it off. To make things look even cleaner, the inside of the case incorporates a stealth panel that covers up stray cables, giving your system that totally finished look. It retails for $99.99 US. 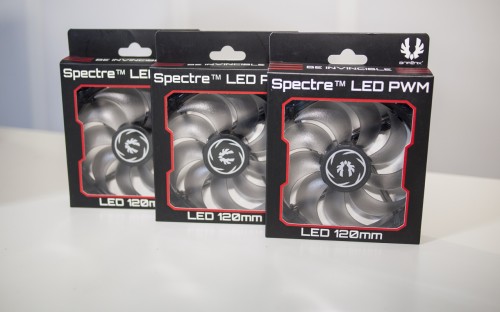 The second part of the prize is a great way to really make this BitFenix Ronin Mid-Tower your own. If you win the case, you’ll have an opportunity to select up to three Spectre PWM LED fans from BitFenix in your choice of available colors. At $13.99 US a piece, the Ronin takes three of them, making this a really great way to start off your new system build.

One lucky winner will walk away with this combo. And if you follow all the steps, that winner could be you!

The rules are really simple and thanks to BitFenix’s generosity, this contest is open to the entire world, making things even less complicated. The contest winner will be announced via our newsletter and will be emailed. The winner will then have 48 hrs to respond to that message with their details. If there is no response, a new winner will be redrawn. This was an issue in the past and we don’t like having to do this. So please make sure that once the contest ends, you’re checking your email.

The contest ends on November 10th, 2013 at MIDNIGHT Pacific Standard Time. Prizes must be accepted as awarded (with the exception of the LED color choice which is up to you). You are responsible for any applicable duties/levies that your local government may charge you to receive your awesome prize.

So that’s it! Pretty straight forward right? But if it isn’t, please make sure you ask your question below and either someone from Futurelooks or BitFenix will chime in to make sure you’re taken care of. And speaking again of being taken care of, we’d like to thank BitFenix once again for this unprecedented support of our International readers and fans. It’s always difficult to get sponsors to step up to do Worldwide giveaways and we’re happy we can spread the love around the Earth. Good luck!