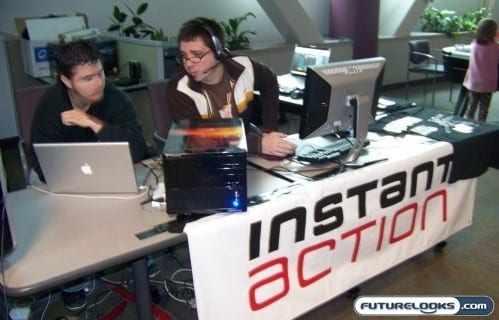 I’ve been attending Intel Lanfest events for a couple years now and the 2009 Spring InfernaLAN, is one LAN Party event that you’re guaranteed to see some top end gaming systems. This event takes place every March (27 – 29th this year) right on Intel’s very own Dupont, WA corporate campus. Futurelooks was on site to see what happened at this well attended event.

LAN Parties attract not only gamers, but people who love to show off what they can do with a PC. These systems range from the most ingenious budget systems to the most insane “money is no object” configuration. With CPU (Computer Power User) Magazine sponsoring the custom PC contests, you’re also guaranteed to see a few elite modified systems. Some of which are amazingly intricate and exceptional engineering feats in their own right. 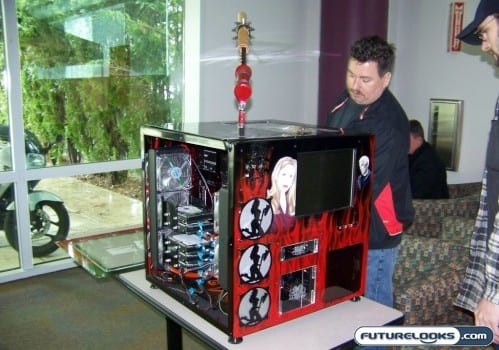 One of the highlights on the floor of the event were two systems built by a gentleman who goes by the handle, “Darth Beavis”. He’s one of the top modding competitors in the U.S. While I’m not sure what the “Blue” system (below) was titled, he did have a “Buffy the Vampire Slayer” custom system on display. This elite frame crunching system was accompanied by a 60″ DLP HD Television that supported 3D graphics. 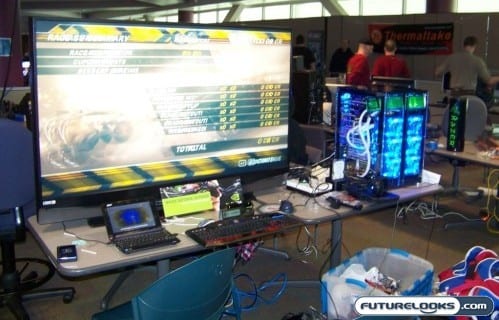 If you thought Call of Duty 4 in 3D was fun, try a couple racing games where you’re ducking out of the way of flying glass and debris as you crash through town. Now, that’s 3D gaming! 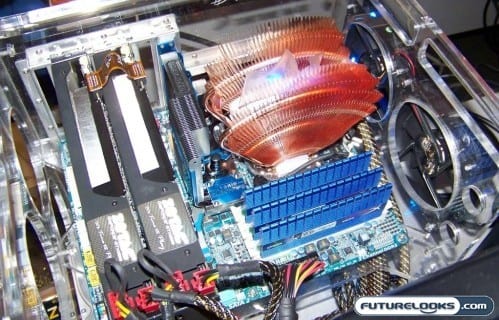 Yours truly had one of the most serious gaming systems set up for open gaming by any passerby who wanted to try the latest hardware. Everyone needs to experience a massive gaming rig sporting two Zotac GTX 295 AMP Edition graphic cards along with an Intel Extreme 965 processor. Toss in a little 6GB HyperX 2GHz memory bandwidth and there’s not a game on the planet that it can’t handle.