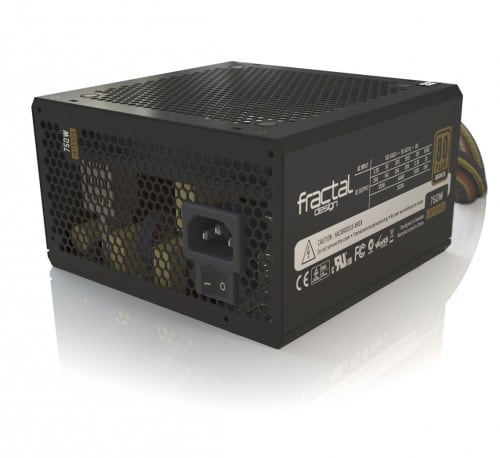 One of the biggest features of Intel Haswell are the additional low power states that help your system become more energy efficient. But the implementation of this feature hasn’t been without its hurdles. Namely, Haswell power supply support. Fractal Design is ready to chime in about their readiness for Intel ‘s new platform and have taken it upon themselves to volunteer information that is of benefit to its users, even though the truth might hurt them in the short run.

Based on Fractal Design’s testing of their own power supply product line, all of their Newton R3 and Tesla R2 power supplies have been tested compatible with Intel Haswell and will work with these enhanced low power states. This is good news for those who already use these units in their current systems or are looking at buying one. On the other hand, the Integra R2 units did not perform as well, although they do state in the chart below that they are “likely” compatible.

Fractal Design says that although the Integra R2 line-up should be compatible with the C6/C7 power states, they aren’t able to say this with 100% certainty. All of these units work well within ATX specifications, but this particular design may come up short in this major feature area on Haswell. This doesn’t mean that the power supply will not function, only that if  you turn on these power states in the BIOS, issues may arise.

Many other brands have power supply units they are in the same boat, so it was great that Fractal Design volunteered this information ahead of Intel’s new platform launch.

We also picked up a note from Thermaltake and be quiet! on this topic so you can check out that post as well to see if you are affected if you own one of their power supplies.

With the new 4th generation Intel Core processors, code-named “Haswell”, Intel introduces new technologies for reducing the power consumption of the CPU during sleep. The new deepest sleep state, called C7, will be able to reduce the power consumption of the CPU to only 0.05A (0.6W). As this occurs in the deep sleep state, when most other 12V devices are either in low-power states or turned off, this can reduce the 12V load on the power supply significantly. For some power supplies this low load can cause voltage regulation issues, if combined with high loads on the minor rails (3.3V and 5V).

While Intel has not yet released their testing methodology or a formal definition of Haswell compatibility, we have performed extensive tests with Integra R2 PSUs. The Integra R2 uses the group regulation method for generating the 3.3V and 5V rails, which means output voltages will be affected by a large imbalance between the load on those rails and the load on the 12V rail.

Current-generation group regulated power supplies are much more stable in this regard than power supply platforms designed a few years ago, and the Integra R2 units will provide voltages within ATX specification for any load levels on 3.3V and 5V likely to occur during system sleep.