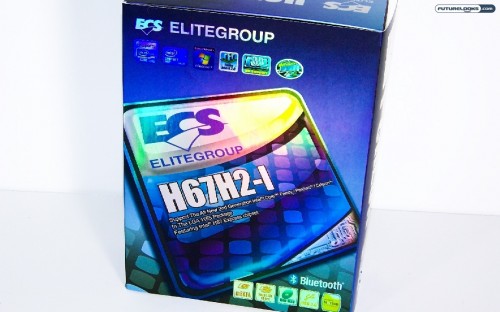 Mini PCs are extremely enticing if you’re looking for something that can do most of what a full sized computer can do. This includes surfing the web and most productivity apps. While some are capable of HD playback, some aren’t as efficient when it comes to providing speedy video encoding, transcoding, and running many large applications at once. That means high performance gaming may not be an option. However, with the right platform,  your own processor, memory, and video card of choice it’s possible to have it all and then some! Let’s have a look at the ECS Elitegroup H67H2-I motherboard and you’ll see how this is possible! 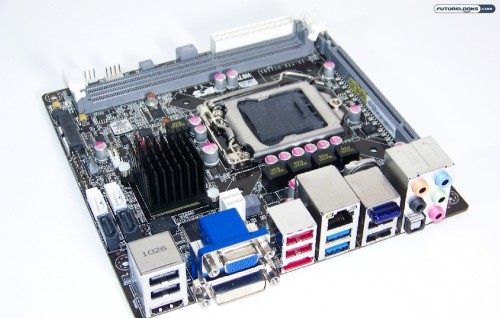 The foremost feature the H67H2-I boasts isn’t just its size. It’s the potential it offers once you add all the necessary aforementioned components. But, there are other worthy features like built- in Bluetooth, SATA 6Gbps, and USB 3.0 ports. It could be just what you need to build that impressive home theater PC. Our video overview below gives you a hands on look at what this new ECS mini-ITX board brings to the table. Grab a coffee, sit back for a few minutes and enjoy!

As you can see, ECS went with a slightly more attractive enthusiast inspired design with a darker PCB and similarly themed sockets and ports. This is also one of the few ITX boards to feature the full count analog audio ports in the back provided by its 8-channel Realtek ALC892 audio processor. Others include the arguably less powerful GIGABYTE GA-E350N-USB3 based on the AMD FUSION platform.

While this board offers ECS features like MIB III and includes XTU (Intel Extreme Tuning Utility) on the disc, we’ve only seen one ITX motherboard actually overclock well. Mini-ITX based systems really aren’t meant for overclocking as a rule of thumb and users really shouldn’t expect much beyond the CPU’s Intel Turbo 2.0 frequency cap. The supported 1333MHz DDR3 also give us reason to not expect anything special from this ITX motherboard. Realistically speaking, these platforms really don’t need overclocking to be excellent at what they were designed to do.

In terms of price point, an ECS H67H2-I Mini-ITX board should set you back about $129 US, but finding one in stock is a chore in itself. 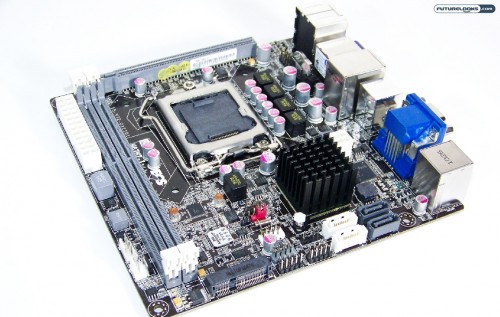 We’re using a similar build to our recent P67 Round Up so that users can easily compare full ATX and mini-ITX performance. About the only major difference here is we had to upgrade the GTX 460 to a GTX 560 Ti. This allows us to potentially show even greater graphics performance. The rest of the test system looks like this …

Keep in mind that if you’re moving over to an ITX system, you’ll need to make sure your current computer case supports it with the correct mounting holes. Otherwise, you’ll need some nylon standoffs if you want to save yourself from buying a smaller case. Our mini-PC enclosure of choice is the Silverstone SG-07 with 600 watt power supply. 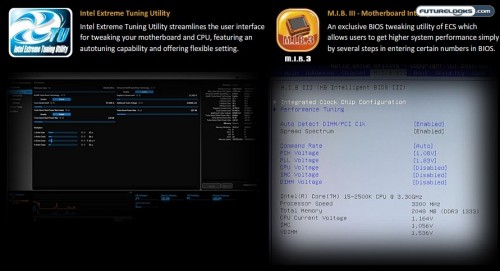 As I had suspected, the BIOS isn’t UEFI. It’s a standard BIOS that’s very easy to move through with ECS’ M.I.B. III software and is setup as one of the first pages for overclocking. There are other settings for making sure Intel Turbo Tech 2.0 is enabled which you’ll definitely want given that the fastest frequency approaches 3.85GHz with the Core i7-2600K processor. As for overclocking, the latest BIOS didn’t push the little board much past ITT 2.0 frequencies. Keep that in mind when buying RAM for the board as you can save some cash going for stock 1333MHz memory rather than the higher end stuff. As for any processor overclocking, a BIOS update may help now that all the B3 stepping boards are out there.