Video game accessories have been around for just as long as video games themselves. We were enthralled by Duck Hunt and the original Zapper on the NES. We’ve played plenty of rhythm games involving little plastic instruments. Well, I took the time to meet up with some video game accessories companies while at E3 Expo in Los Angeles and here are a few of the highlights.

Gametrak Freedom and Squeeballs for Xbox 360 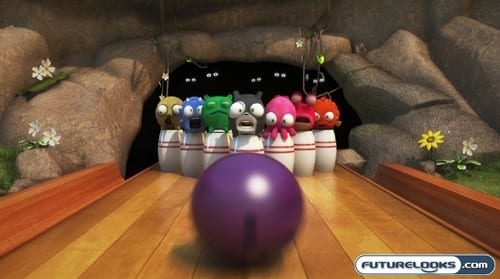 If you enjoy the waggle and wave-tastic motion controls of the Nintendo Wii but you’re “stuck” with “just” an Xbox 360, you’re in luck. Performance Designed Products (PDP) unleashed the first motion-based controller for the Xbox 360 in the form of the Gametrak Freedom.

This new controller may look a lot like the Wii Remote, but rather than working as a “pointer” like the Wii, the Gametrak Freedom uses a patent-pending ultrasonic 3D motion sensing technology. 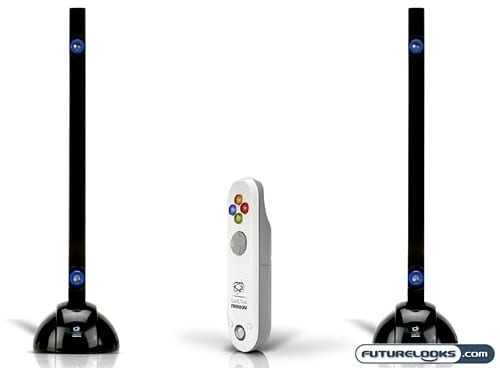 You set up a pair of sensor bars, one on either side of your TV, and the system will be able to track your movements in 3D space. This goes well beyond the tilt-based accelerometer in the Wii Remote (which is also inside the Gametrak Freedom).

In playing Squeeballs, the mini-game collection that will accompany the Gametrak Freedom at launch, I found the controls to be quite different than the Wii. You really move the controller through 3D space rather than just swinging wildly.

The Gametrak Freedom and Squeeballs bundle for the Xbox 360 will sell for $69.99 when it’s released this fall. The slightly modified version of the game will also be made available on the Wii ($39.99) and the DS ($29.99). 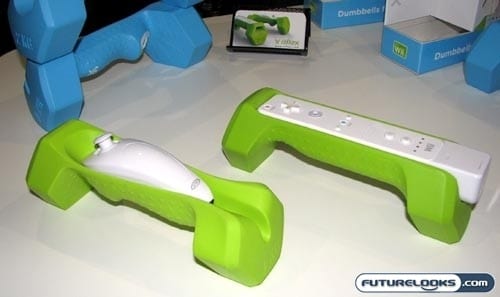 Fitness games have suddenly become all the rage, thanks largely to the popularity of Nintendo Wii Fit. More recently, we’ve seen games like EA Sports Active and My Fitness Coach, both on the Wii, capitalizing on this trend. Not surprisingly, there are video game accessories jumping in here as well.

This unique product is not being catered to just one Wii game in particular. Instead, Riiflex is supposed to add an extra dynamic to whatever Wii game you’d like. Riiflex is a weighted peripheral that effectively converts both the Wii Remote and Nunchuk into dumbbells. They’re available in both 1 kg (about 2 pounds) and 2 kg (about four pound) models. Riiflex, not surprisingly, is sold in pairs.

Power Play says that they worked hard to ensure that Riiflex is made from quality materials and it shows. This is no cheap plastic throwaway accessory. The 1kg and 2kg pairs will sell for $24.95 and $29.95, respectively, when Riiflex starts shipping this summer.