If you’ve been following our E3 Expo 2009 coverage on Futurelooks, then you’re already reasonably familiar with what’s going on with Microsoft and some of the cooler fighting games on the horizon. With so many publishers and developers storming the Los Angeles Convention Center, it is impossible for us to mention every game at the show, but here are a few highlights that you may have missed along the way. 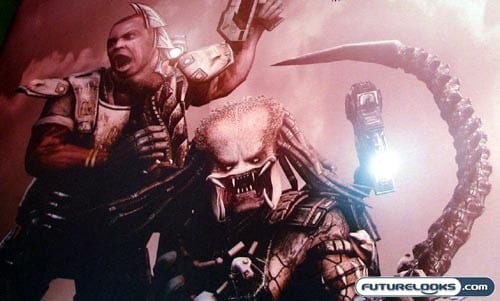 Some of you may be more inclined to decapitate your enemies at close range rather than pick up a plastic instrument and play along with the Beatles. If that happens to be the case, you’ll definitely want to turn your attention to the new Aliens vs. Predator game coming from Rebellion Developments and Sega.

It’s not that this game is remarkably unique in its approach, but that doesn’t mean that it should be ignored. This most recent take on the Aliens vs. Predator franchise pits you in a first-person shooter arena and you’re outfitted with all sorts of interesting toys, weapons, and functions. Here’s a quick video explaining a few of the features.

I only got to see the Predator side of the equation, but I understand that you’ll be able to control the Alien race as well. From the Predator’s perspective, you have the ability to use cloak, leap with stealth from one vantage point to another, and destroy both Marines and Aliens with an extreme level of gore.

Do you remember the head-and-spine ripping fatality by Sub-Zero in Mortal Kombat? Well, the Predator does that too, except he tears them off with his signature wrist blades. This game literally oozes with awesome. Look for Aliens vs. Predator in Q1 2010 on the PlayStation 3, Xbox 360, and Windows PC. 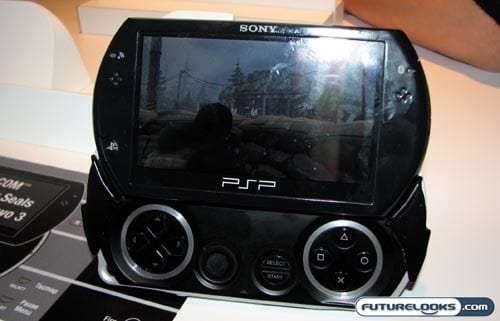 As you may recall, I predicated the Sony would have a new PSP for us at E3 and, sure enough, they delivered. This isn’t a true successor to the existing PSP, like some people had guessed, but the new Sony PSP Go represents at least a half-step forward.

For the PSP Go, Sony got rid of the regular UMD drive, replacing it with 16GB of internal NAND flash memory. In this way, all the games that you’ll be playing on the PSP Go will be digitally delivered via the PlayStation Network. The screen size is a little smaller and the controls have been relocated to a slide-out portion. There is still just one analog stick.

Overall, the PSP Go is smaller and slimmer than any PSP that preceded it. The physical size and form factor are nearly identical to the Sony Mylo Communicator, if you remember that failed product from a couple years back. With better PSN integration and a gaming focus, the Sony PSP Go ($249) could be just what the doctor ordered. Look for it this October.