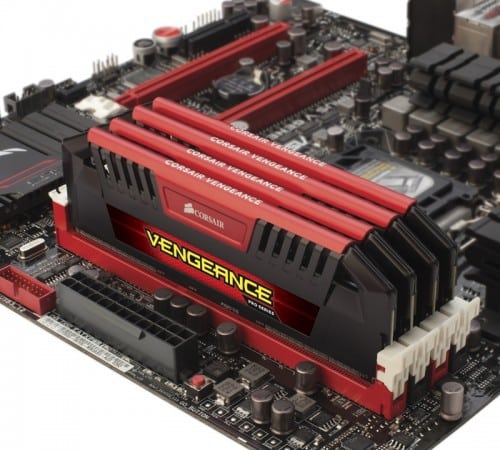 Corsair is never one to be left out of the fun when it comes to big tech conventions like COMPUTEX 2013. This year they have a number of new products to show off. Starting with what made Corsair the famed PC component company it is today: RAM.

Corsair is stepping up the speed with the Vengeance Pro series. These new Vengeance Pro Series kits are built with eight-layer PCBs and ICs specially selected for speed and overclocking. The entire series fully supports Intel XMP 1.3 profiles, uses black PCBs, and comes in silver, red, blue, or gold to match the look of your individual system.

The Vengeance Pro Series will come in kits from 8 GB to 64 GB (2 x 4 to 8 x 8), in speeds from 1600 MHz up to a blazing fast 2933 MHz. Corsair recommends paring the highest speeds with the new Intel 4th Gen processors such at the 4770K. Although these kits aren’t as fast as the G.Skill products released earlier this week, these kits do promise to be one of the best values when it comes to overclocking.

The Corsair Vengeance Pro series is available now at select retailers with extremely competitive pricing which you can find here. The official press release is posted in full below.

Vengeance Pro Series memory modules are built with eight-layer PCBs and RAM ICs specially selected for speed and overclocking headroom, and like all Vengeance memory, incorporate XMP 1.3 profiles allow for automatic, reliable overclocking. The memory kits are designed with new aggressively styled, aluminum heat spreaders for superior cooling. The memory kits are available in black with silver, red, blue, or gold accents to enable enthusiasts, gamers, and modders to customize the look of their PCs. 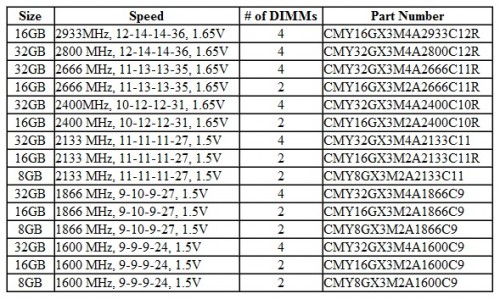 The editors of Tweaktown (www.tweaktown.com), one of the world’s most popular technology sites, have selected Corsair’s Vengeance Pro DDR3 memory as the Best of Computex 2013 award winner in the memory kit category.

Visit Corsair at Computex 2013 in Taiwan

Corsair will be showcasing new products at the Grand Hyatt Taipei #2448 in Taipei from June 4-7 from the hours of 9 AM-6 PM.

Corsair Vengeance Pro Series DDR3 memory kits are available now from Corsair’s worldwide network of authorized distributors and resellers. They are supplied with a limited lifetime warranty and are backed up by Corsair’s customer service and technical support.