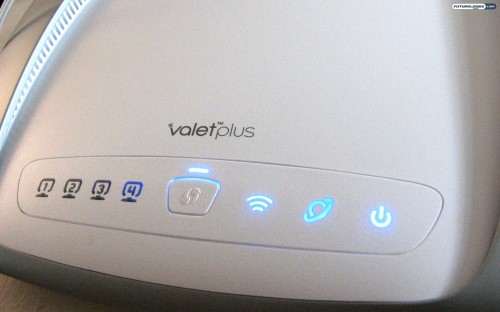 What happens when you get the networking experts from Linksys into the same room as the ease of use experts that produced the Flip UltraHD pocket camcorder? Well, it seems that this marriage has birthed its first offspring: the Valet line of routers from Cisco. Like with the Flip which is credited for making videos easy, the idea here is to provide wireless networking to people who may have otherwise been intimidated by the world of routers. In fact, the Cisco Valet Plus M20 that we’re reviewing today isn’t even called a router; it’s a wireless hotspot.

You have to remember the target demographic for this new line of wireless hotspots from Cisco. They’re looking at the soccer moms and technology newbies who may not understand how to set up a router, but they want to have the convenience of Wi-Fi in their homes. With the Valet Plus, they can have that without the headache of a standard installation process.

This product comes right in time for the back to school season too. A recent Home Learning survey found 87% of teens felt students with a home wireless connection have an easier time completing assignments. Further still, 72% of parents agree that kids with Wi-Fi at home are “better equipped to complete what is required and assigned for them.” The built-in parental controls on the Cisco Valet Plus address the concerns expressed by 90% of parents that teens with home wireless “need to be monitored… to make sure they are using the Internet to access appropriate sites at acceptable times of the day.”

Instead of telling you, why don’t we just show you!

Again, everything is easy. There aren’t any extras that can possibly confuse the setup process in anyway. Everything you need is there.

How Easy Is Easy to Setup?

So, does the Cisco Valet Plus M20 Wireless Hotspot really live up to these claims of being really easy to setup and use? To put it through the test, I got my brother to setup the router. He’s far from tech savvy and I didn’t think that he could do it.

The setup process took a total of about five minutes and more than four of those minutes were spent watching the “please wait” screen. Quite literally a few clicks and you’re ready to go. The user interface also allows for a parallel guest network, parental controls and the kicker is that you can still access more advanced features. 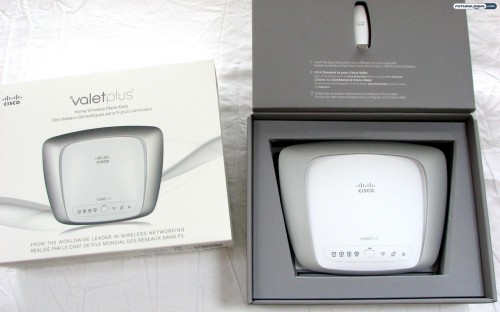 I find it amazing that in this day and age, so many people are still without wireless networks at home. Personally, I think setting up a router is a relatively straightforward process, but I can also understand why it would be intimidating to the average consumer. For this reason, the Cisco Valet Plus (and its cheaper Cisco Valet counterpart) is a fantastic step forward in the realm of wireless networking. The setup process is positively painless, even for the least tech-savvy of users. It does to networking what the Flip did for video.

What about connecting to non-PCs like the Xbox 360 and Apple iPad? There’s a feature in the Cisco Connect software that gives your SSID and password at a glance. You can also set up a parallel guest network in a couple of clicks, which I think is the coolest feature of all.

The Valet Plus isn’t the cheapest router at $129.99 US, but its wealth of features and ease of use justify the slightly elevated price. Alternatively, you can nab the lower end Valet for about $99.99 US which offers the same easy setup, but a more limited range.