The 1.7 million square feet of exhibition space that is CES 2008 is quite overwhelming to say the least. With so many companies crammed into all this space, it’s easy to get lost in the shuffle. As a result, a large number of companies have migrated off the show floor and into private suites strewn across the Las Vegas strip. Of that group included companies such as NZXT, TAGAN and ANTEC. 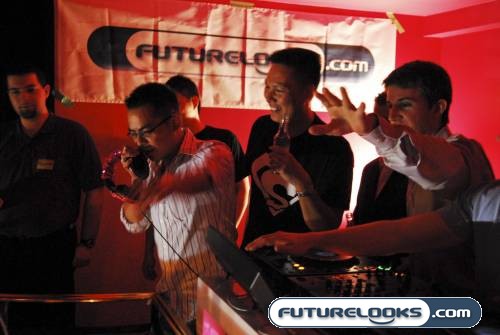 NZXT and TAGAN decided to show off their latest and greatest at the CES 2008 Kick Off Party hosted by Futurelooks while ANTEC picked up a posh suite at the Wynn Hotel. Let’s see what they’ve got secretly stashed away for us this year! 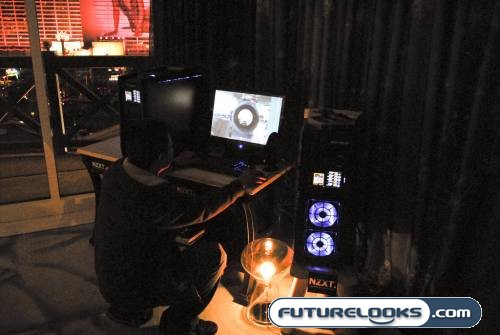 Our friend Johnny Hou from NZXT. has been busy these days designing up some of the most anticipated cases of 2008. Last year at COMPUTEX, they showed off a small form factor gaming case called the NZXT. Rogue. Now Johnny has returned with some new goodies to whet your appetites. 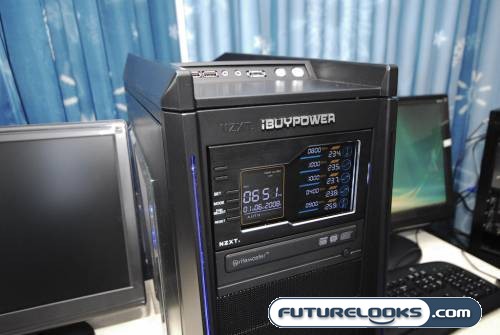 When NZXT. designs something, you know it won’t look like everyone elses. That’s why this new product known as the SENTRY LX will really catch your eye.  It features five fan controls that auto detects the RPM and allows auto shut down of fans. Auto and manual settings remember fan, temp alarm settings, and time and can detect up to five different temperatures. The unit has a sleek aluminum front bezel and sits in a dual 5.25 inch bay. The large color display is flanked by easy to use and intuitive controls while the front bezel is framed by a sleek black aluminum front frame. 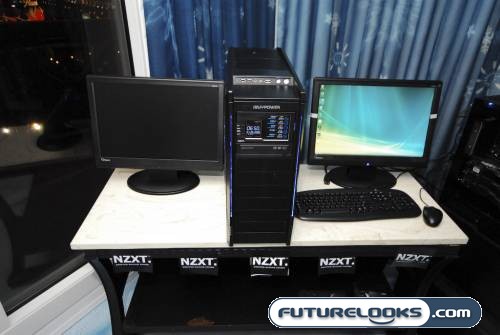 The new NZXT. Tempest is a steel gaming chassis that features 9 bays inside a mid-tower design. The case features dual 120mm intakes and a Dual 140mm top exhaust. It also has a Single 120mm rear fan and a Single side 120mm fan. Best of all, it includes all of these fans so you won’t be left sourcing them out yourself. Despite the mid-tower design, it does support up to E-ATX motherboards and has punched holes in the motherboard tray for clean cable routing. The PSU is housed at the bottom of the case and even has enough room for dual radiators if you’re an H2O cooling fiend.