The era of the disappearing bezel is not restricted solely to the world of smartphones. It’s happening with laptops too, most recently with the newly announced Asus ZenBook 3 Deluxe. They took the regular ZenBook 3 chassis, which was originally designed for a 13-inch screen, and fit a 14-inch screen in there thanks to the company’s NanoEdge Display technology. And she’s more than just a looker too.

Asus says that they took the “world’s most prestigious 13-inch laptop” and “enhanced” it with the larger 14-inch 1080p display. This is all while maintaining a svelte 12.9mm profile in a machine that weighs a mere 2.42 pounds. Performance is no slouch either, thanks to the 7th-generation Intel Core i7-7500U processor. Other highlights include 16GB of LPDDR3-2133 memory, a 512GB PCIe 3.0 x4 SSD, quad speaker Harmon Kardon audio, full-size keyboard, and three USB-C ports, two of which support Thudnerbolt 3.

The Asus ZenBook 3 Deluxe UX490UA is available now for $1,699 MSRP. A couple more pictures and the full spec sheet are below. 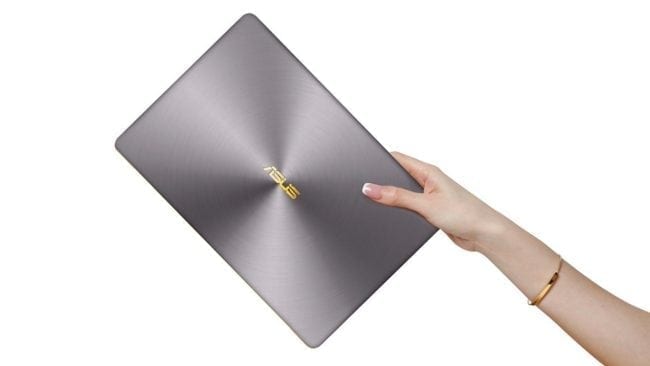 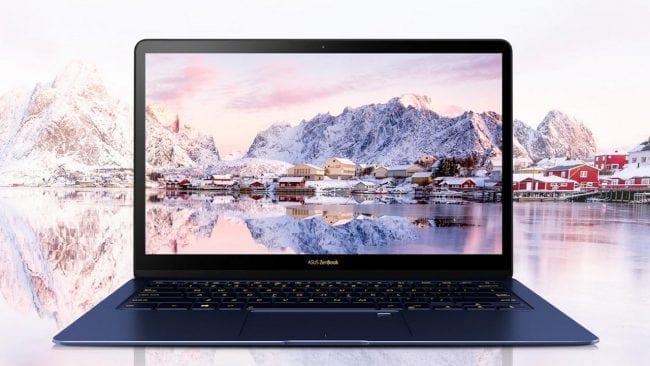