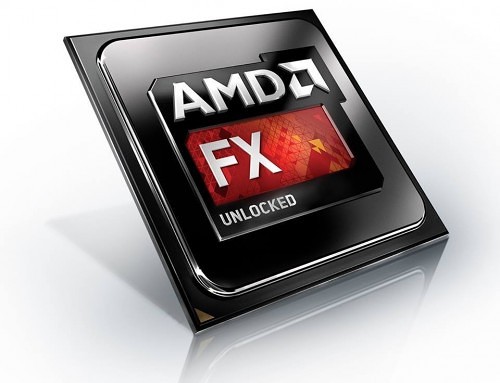 I have been sitting on this information for a while now because I was waiting for something to be confirmed. Well I have that cofirmation, so you will have that confirmation as well. AMD will be releasing a new flagship CPU for the Vishera series called the new FX-9000 series. The current launch line up will include the 8-core FX-9590 and FX-9370 CPUs.

These are most likely hand-picked FX-8000 chips that can handle the insane default speeds. The FX-9590 is clocked at 4.7 GHz (5 GHz max Turbo) and the FX-9370 at 4.4 GHz (4.7 GHz max Turbo) which makes the FX-9590 the first CPU to hit at 5.0 GHz factory clock speed, technically. You can debate about Turbo speeds, which are not guaranteed or consistent, being counted as the actual speed of the processor but it does get there at some point.

Now AMD is reluctant to hash out some details such as TDP and power consumption. There are some rumors about this, but we at Futurelooks don’t tend to circulate rumours. What I do know is that these processors will be available for retail purchase and not as an OEM only SKU as reported by the Internet. I also know you can pre-order these processors for $960 if you want the top end FX-9590 or $576 for the FX-9370. These price points put them head to head with Intel’s Extreme series processors.

I can see these cherry picked processors being great for LN2 overclockers hunting for world records, but I’m not so sure about everyday customers. If you’ve got the money and want the absolute best that AMD has to offer, the FX-9000 series is for you!

Full details in the press release linked below.

“At E3 this week, AMD demonstrated why it is at the core of gaming,” said Bernd Lienhard, corporate vice president and general manager, Client Products Division at AMD.

“The new FX 5 GHz processor is an emphatic performance statement to the most demanding gamers seeking ultra-high resolution experiences including AMD Eyefinity technology. This is another proud innovation for AMD in delivering the world’s first commercially available 5 GHz processor.”

“AMD continues to push the envelope when it comes to desktop capabilities and power performance,” said Wallace Santos, CEO and founder of MAINGEAR. “In unveiling the world’s first 5 GHz 8-core CPU, AMD continues to lead the way in innovation while providing our customers with a best-in-class experience. We are thrilled to be part of this exciting launch.”

The new 5 GHz FX-9590 and 4.7 GHz FX-9370 feature the “Piledriver” architecture, are unlocked for easy overclocking and pave the way for enthusiasts to enjoy higher CPU speeds and related performance gains. Additionally, these processors feature AMD Turbo Core 3.0 technology to dynamically optimize performance across CPU cores and enable maximum computing for the most intensive workloads.